Hobbledown is home to 18 magnificent birds of prey. Throughout the year they provide flying demonstrations, meet and greets, and experience days. Founded in 1977, The Raptor Centre aims to promote understanding and care for these beautiful birds.

Come and see the birds any time in our new purpose-built Raptor Centre - or get up close and personal with one of our Birds of Prey experiences! 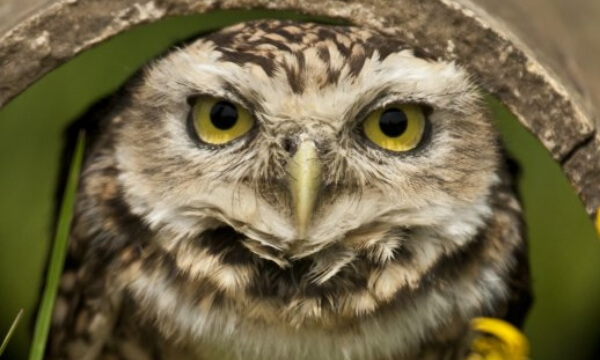 This little bird, found mostly in North and South America, is different to most other owls – whilst other owls are active only at night, a burrowing owl hunts during the day, too. 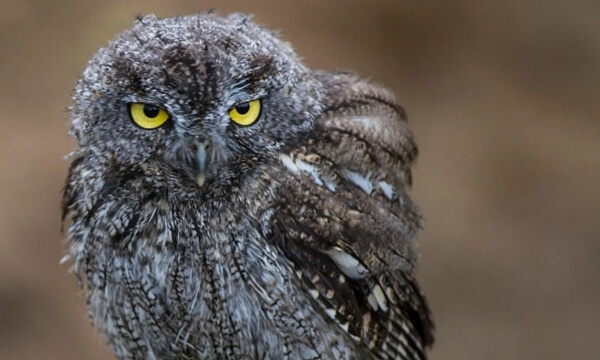 A small, nocturnal owl that lives in old cottonwood trees in the forests, shrublands and rural fields of North and Central America. It is identifiable by its unique screech, which is often mistaken for a horse’s whinny. 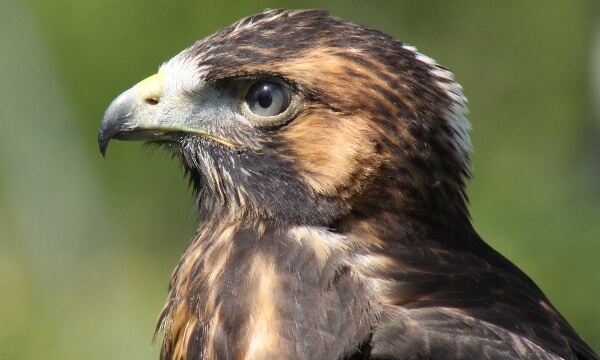 These South American birds of prey are also known as Variable Hawks due to their highly variable plumage. More than 27 distinct adult plumages have been identified – possibly more than in any other bird of prey. 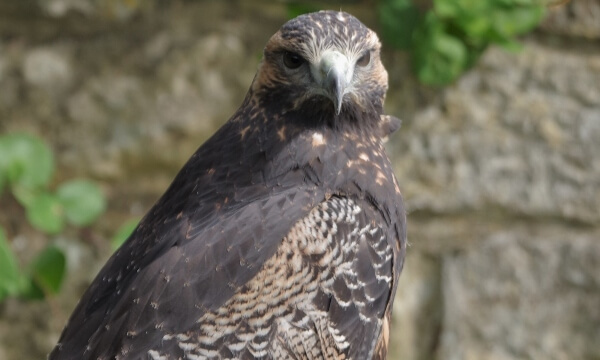 This Hybrid Falcon is a cross between the two largest falcons in the world. The Gyr X Saker can range in colour from dark brown to a beautiful blond. The Gyr Falcon is especially prized by Arab falconers. 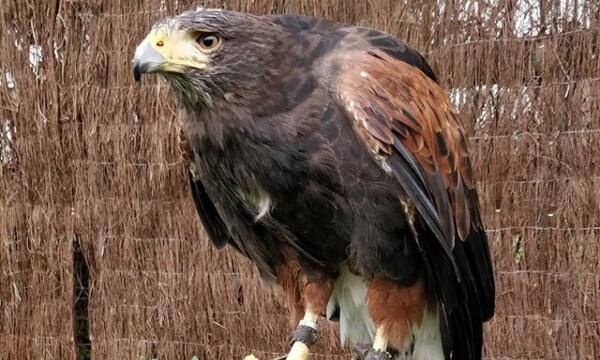 Harris’s Hawks are found in North and Central America and are raptors with fairly long tails. They fly on broad, rounded wings. Females weigh nearly twice as much as males. 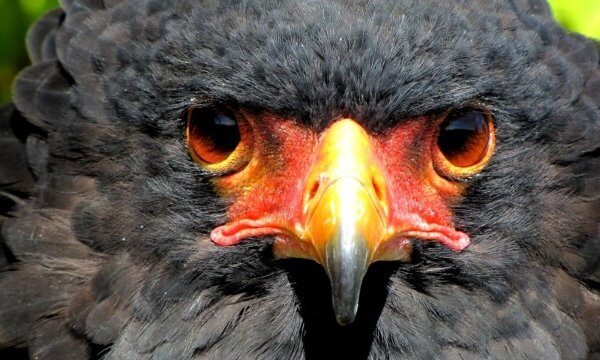 The Bateleur is the most famous of the snake eagles, found throughout Sub-Sarahan African in tree and bush Savannah. Bateleur means “tightrope-walker” in French, and this name was probably chosen because of this bird’s distinctive aerial acrobatics. 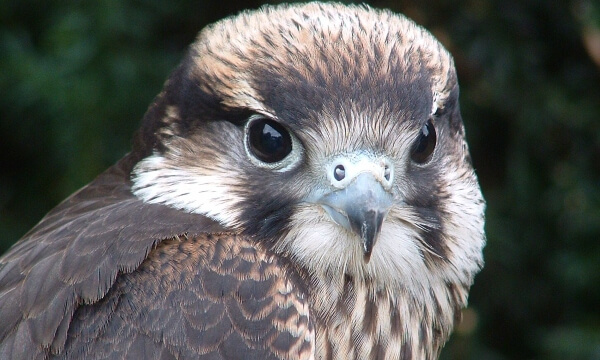 The Lanner Falcon is a medium-sized falcon that breeds in North Africa, South East Europe, the Middle East and as far east as India. A large falcon, it preys on birds and bats. 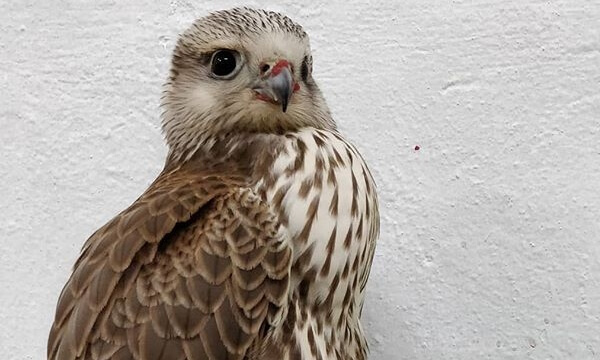 Lugger Falcons are found in the Indian Subcontinent in dry, open woodland. Their numbers are in severe decline with only an estimated 15,000 individual birds left in the wild. 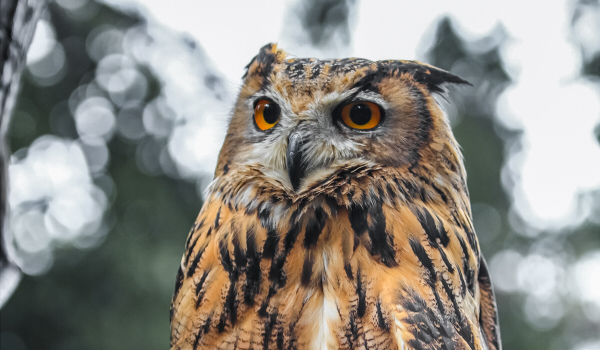 The Bengalese Eagle-Owl, also known as the Indian Eagle-Owl or the Rock Eagle-Owl, primarily hunts medium to large rodents, though they have also been known to tackle prey as large as a peafowl. 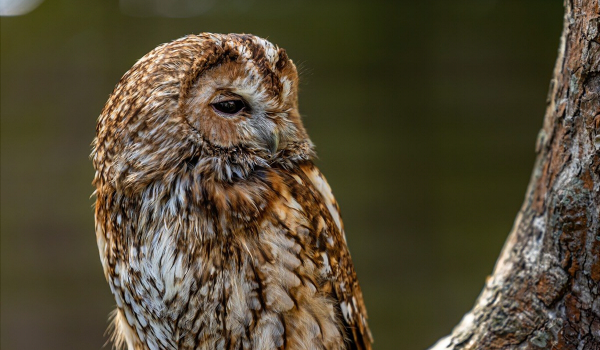 The Tawny Owl is primarily found in woodlands across Eurasia. They usually nest in tree holes in order to protect their eggs and young from predators, and are often seen as an omen of bad luck. 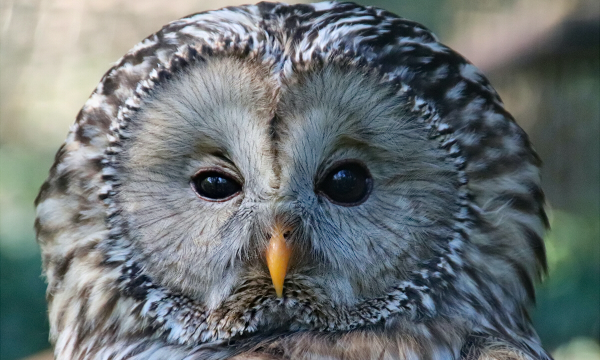 Found in the forests of colder regions, the Ural Owl has a round head, no ear-tufts, and a long tail with a wedge-shaped tip. These owls pair for life, and may be heard singing duets with their mates during courtship. 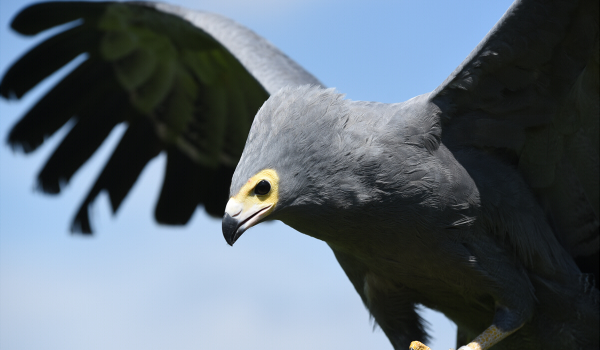 Found throughout most of Sub-Saharan Africa, these birds have double-jointed legs, which help them grab small prey from narrow spots such as holes in trees. 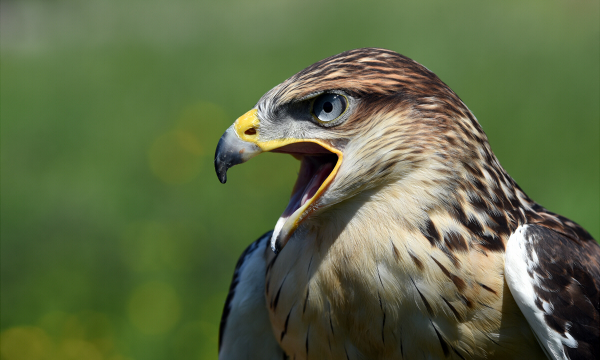 Ferruginous Hawks are found on the Western side of North America, and are the largest member of the Hawk family. Due to their extremely wide mouths, they often swallow their food whole. 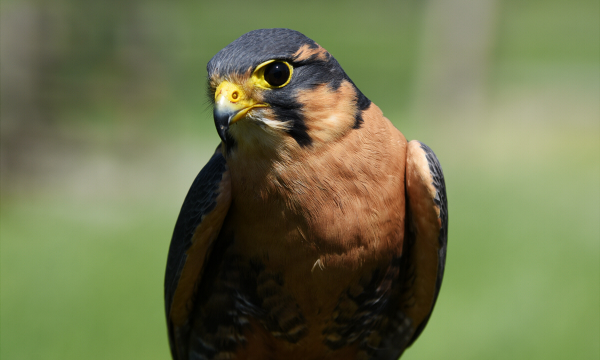 Found in the grasslands and deserts of South America, these birds have been found living at altitudes of over 3,500 metres in the Andes Mountain range. They have been known to work together in pairs to catch their prey.

Want to get up even closer with these incredible birds? Book a Birds of Prey experience now!